November, 1980: I’m 14 years-old and absolutely terrified of this big, noisy city called Boston, my new home. We’d moved here, to the heart of downtown on the waters’ edge, just 11 weeks earlier – me, mom, dad, my two brothers and my four sisters – from a very quiet suburb south of the city limits. And I was totally overwhelmed (paralyzed, really) by my new surroundings.

Thank God I was able to find solace in Times Square.

No, not that Times Square. At 14, I’d never been to the actual New York City. I’m talking about the movie, “Times Square.”

Ever heard of it? Nope? Not surprised. It wasn’t a very good film, and I can’t seem to locate it on any streaming platform these days, so you’re unlikely to spot and ignore it while scrolling endlessly through Netflix some insomnia-riddled Sunday night.

In the movie, a rich-kid teenage girl named Pamela Pearl, who lives in a fancy Manhattan high rise with her evil-politician dad, runs away from home. After being captured by dad’s minions, Pamela meets her soulmate Nicky Marotta in a mental hospital, where the two are rebellious roommates handcuffed to their beds. Pamela and Nicky escape the hospital and flee to the dirty old pre-Disneyfication mean streets of Times Square, where they set out to stick it to the man.

Pamela Pearl is played by Trini Alveredo (she later played Meg in the 1994 film version of “Little Women,” with Susan Sarandon). Nicky Marotta is played by Robin Johnson, who, for the longest time (like, for 39 years, until today), I thought was the same person as Suzie Quatro, a.k.a., Leather Tuscadero from “Happy Days.” My bad. It was Robin Johnson. (But Suzie did have a song on the “Times Square” soundtrack album.)

Anyway, in the movie, an alternative-rock radio DJ played by Tim Curry, that sweet transvestite from transsexual-Transylvania in “The Rocky Horror Picture Show,” (and for you youngsters, the voice of Nigel Thornberry from the Nickelodeon cartoon “Wild Thornberries”) soon becomes an on-air patron to the rebellious duo of Pamela and Nicky. The runaways experiment with shoplifting, anti-establishment graffiti, and sidewalk dancing with people of color while Curry spins some amazing New Wave music in the background.

Later in the movie, with the help of DJ Curry, the girls – still runaways – manage to get time in a recording studio. They record their alienation/protest songs, including the overly-rhymey and punny “Damn Dog” and the profane “Your Daughter is One.” And, of course, they quickly become punk-folk heroes called “the Sleaze Sisters.”

I’m not even making this up! I mean, check out this video!

Did I mention this movie was produced by Robert Stigwood, the Australian movie/music mogul who gave us the wide-lapelled John Travolta in “Saturday Night Fever,” hotpants-wearing Olivia Newton-John in “Grease,” and Peter Frampton, inexplicably, as Billy Shears in the 1978 film version of “Sgt. Pepper’s Lonely Hearts Club Band?” Yup. That guy. RSO. 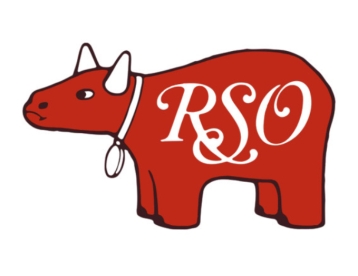 Anyway. Back to me, and the “Times Square” movie.

A few months before this movie opened, it was August, 1980, and somehow, overnight, my family and I had relocated from a fairly-spacious four-bedroom split-level raised-ranch home in the ‘burbs to a fairly-tight three bedroom apartment on the 24th floor of Harbor Towers, a twin-building complex on Boston’s waterfront designed by world-famous architect I.M. Pei.

It was like that old TV show, The Jeffersons: “Yes we’re moving on up, (movin’ on up!) to a de-luxe apartment in the sky…” Except, unlike George Jefferson, my dad was a banker, not the owner of a dry cleaning chain – and we were very, very white. The three-bedroom apartment in the sky, though, was certainly de-luxe. We had 24×7 doormen, and we only knew their first names: Tony; Dana; that overnight guy, whatshisname.

In many ways, my new home in the sky was a lot like the Manhattan high rise that our “Times Square” movie runaway heroine Pamela Pearl lived in with her evil dad. Despite the luxuries we shared — the doormen, the shiny express elevators, the massive pseudo-Expressionist artworks hanging in the lobby, the daily spectacular sunrise views over the city skyline — the fictional Pamela Pearl and the real me were both stressed out by our golden-spoon living arrangements. But, unlike the same-age-as-me girl in the movie, I didn’t run away. In fact, I was pretty nervous about just stepping outside of the building we lived in. I had just started my freshman year at a strange, nearby Catholic high school filled with kids from every neighborhood in Boston (Irish kids! Italian kids! Irish-Italian kids!), and even the lunch room terrified me.

So when my big brother JB asked me one November night in 1980 if I wanted to take the public transit – the MBTA – to see a new movie (“Times Square”) with him and his gorgeous girlfriend Cathy, I was super-anxious. The idea of descending into the subway scared the shit out of 14 year-old me. I missed my junior high friends 18 miles south.

But for some reason, I said “yes” to going to “Times Square” the movie with my big brother. And 39 years later, I’m still glad I did.

The movie starts with “The Same Old Scene” by Roxy Music blasting over the opening credits, and over the next 106 minutes I was happily exposed to a Chernobyl-level dose of New Wave music, which I’d never heard before. Here are just a few of the songs on the soundtrack:

Wow. This was not Barry Manilow or the Little River Band on WRKO. This music felt important, even if the movie was goofy. A few days after seeing the movie, I worked up the nerve to venture beyond the perimeter of my high-rise apartment complex and sought out the soundtrack — double vinyl! — at the Harvard Coop on Devonshire Street in Boston. No luck. But I found it at the Woolworth’s in Downtown Crossing, of all places. The Woolworth’s across the street from Ruggles Pizza. And I still have it, and treasure it, here in the 21st century. 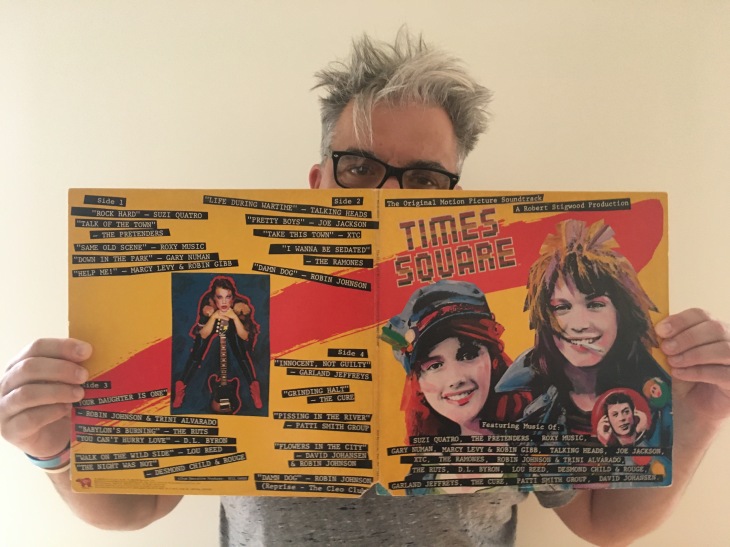 For a movie that would be pretty painful to watch today, the soundtrack is extraordinary.  What an introduction to so many of the New Wave bands that I came to revere and that I still listen to, with urgency and meaning, every day 39 years later!

Times frickin’ Square.  In his 2-star review, film critic Roger Ebert wrote: “Of all the bad movies I’ve seen recently, this is the one that projects the real sense of a missed opportunity…of potential achievement gone wrong.”

Or as Roxy Music sang during the movie’s opening credits: “It’s still that same old movie that’s haunting me.”

One thought on “The movie wasn’t great. But the soundtrack changed my life.”